In the news: Climbing the Ladder From Store Manager to CEO

Professionals that want to rise to the top of their industry have a lot to learn from Debie Coble’s story. Over her 30+ year career, she rose from a local store manager position to the role of President and CEO of Goodwill Industries of Michiana, Inc. Along the way, she learned a lot of lessons that up-and-coming business leaders will find useful. 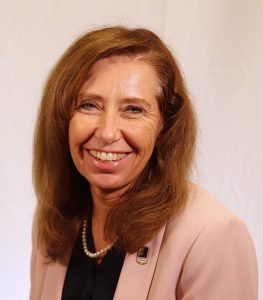 Debie Coble will be the next featured guest during the inspirational Breaking the Glass Ceiling web series on April 28th. In this FREE web series from NWIIWA, an accomplished guest will be sharing lessons intended to help other professionals empower their careers.

There will also be a candid question-and-answer session following the presentations where speakers will discuss real-world barriers and other issues they have encountered in the workplace.

Coble has been with Goodwill Industries of Michiana since 1990 when she joined the organization as a store manager. In 1996, she became the Vice President of Workforce Development Services and in 2013 began serving as the President & CEO.

Today, Coble’s organization serves thousands of people each year across a wide range of community programs, including education, job training, skill development, career placement, recycling, and much more. Goodwill Industries of Michiana employs over 700 individuals in Northwest Indiana and has enabled more than 1,330 job placements through its programs.