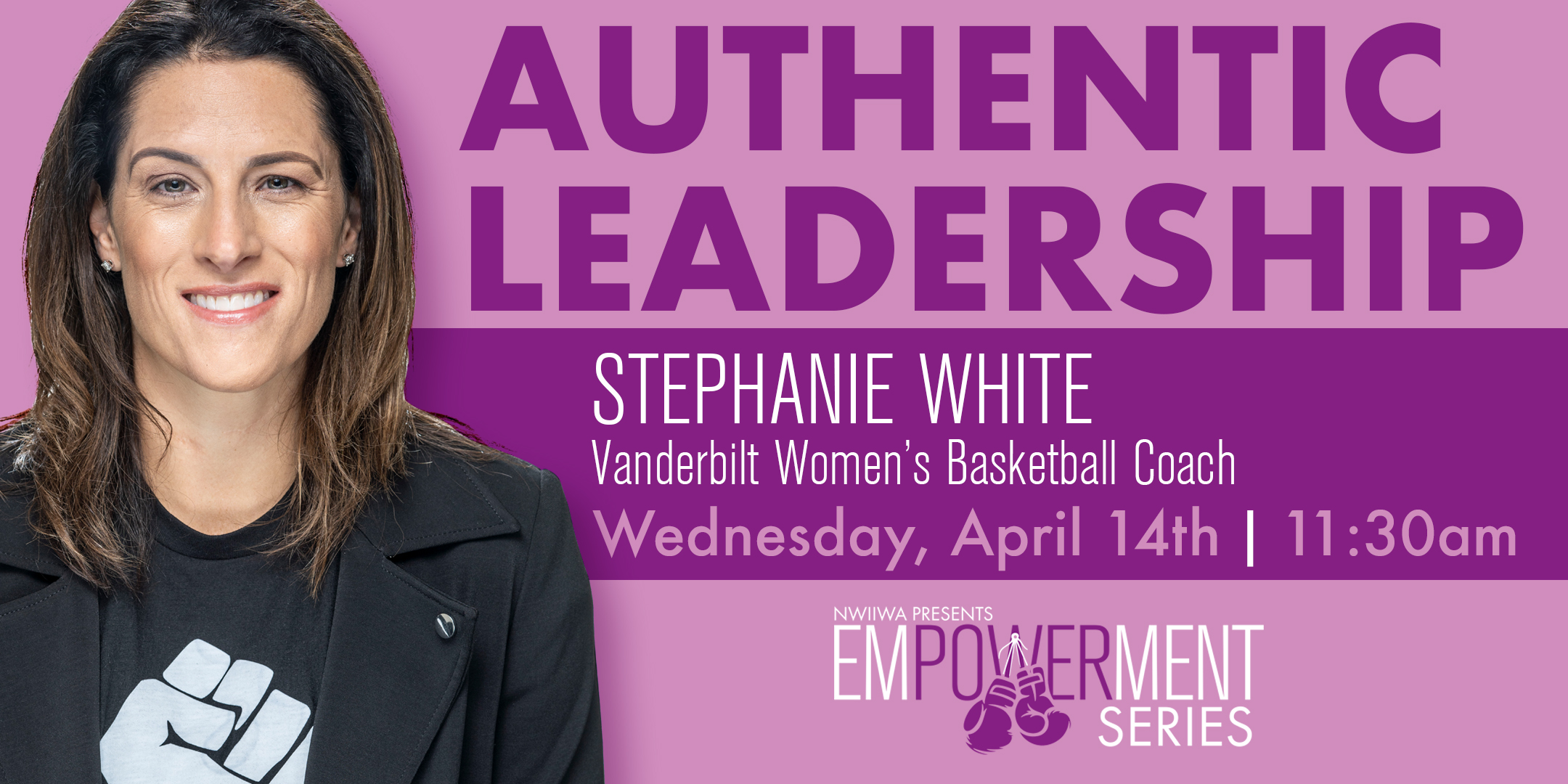 Indiana native and Vanderbilt University Women’s Basketball Coach Stephanie White knows a thing or two about what it takes to be an authentic leader that can build a team of champions. During an upcoming Empowerment Series webinar hosted by NWIIWA, the former WNBA coach plans to share what she’s learned throughout her professional athletic career with attendees from all kinds of different industries.
Coach White’s event is scheduled for Wednesday, April 14, 2021 from 11:30AM-12:15PM. She plans to discuss topics including authentic leadership, empowering those around you, and what she’s learned about managing millennials.

NWIIWA’s Empowerment Web Series is designed to infuse new capabilities into the skillsets of professionals in Northwest Indiana. Those wishing to attend the virtual event can register at NWIIWA.org.

Stephanie White is in her fifth season at the helm of the Vanderbilt women’s basketball program. She arrived at Vanderbilt after spending two seasons as the head coach of the WNBA’s Indiana Fever, and was an assistant coach prior to that. She took the Fever to the playoffs in each season, including a trip to the WNBA finals in 2015, becoming the first rookie coach in league history to lead a team to the finals.
White, who played five seasons in the WNBA, was an assistant coach with the Chicago Sky from 2007-2010. While coaching in the WNBA, White served as a college basketball analyst for ESPN and the Big Ten Network. She also covered the NBA’s Indiana Pacers for FOX Sports Indiana.

As a collegiate player, White enjoyed a highly successful career at Purdue University, where she led the Boilermakers to the 1999 NCAA championship as a senior.

About NWIIWA: The Northwest Indiana Influential Women Association (NWIIWA) is the leading regional group for the professional development of women and their careers.