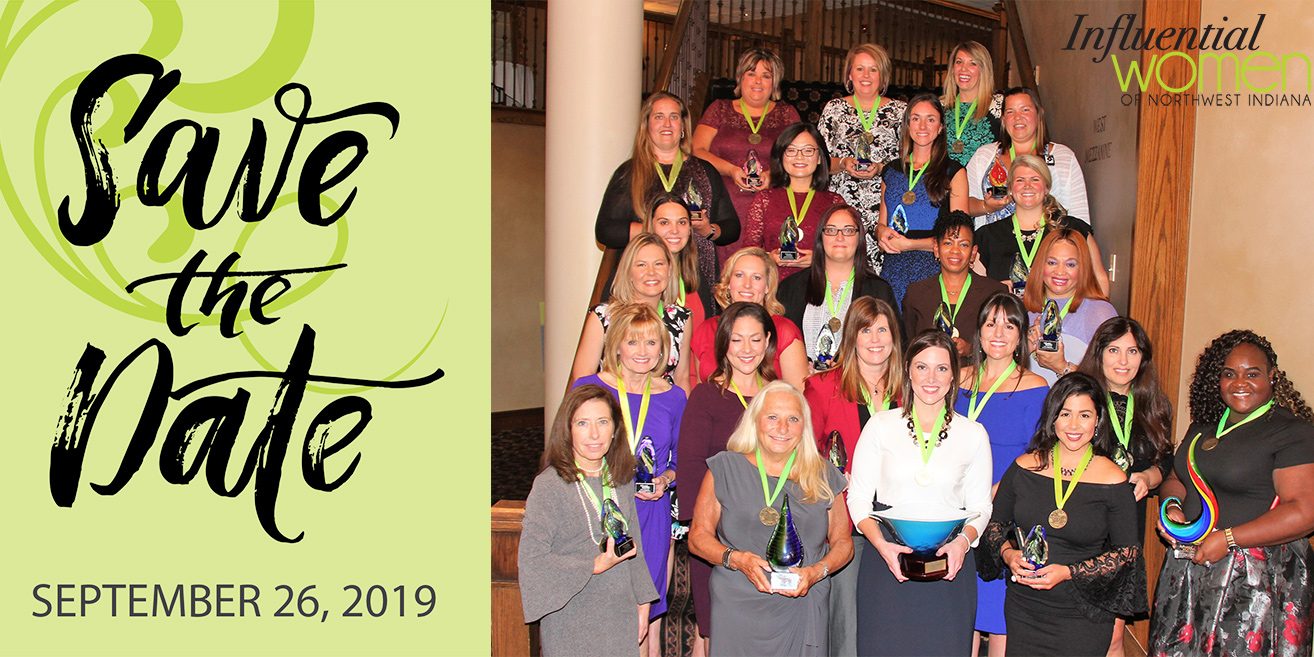 More than 700 people and dozens of prominent businesses gathered to celebrate the achievements of more than 20 of NWI’s female leaders at the Influential Women of Northwest Indiana Awards Banquet. Attendees included representatives from many corporate entities, as well as elected officials, entrepreneurs, nonprofit organizers, and more.

20 women received accolades in 10 different industry categories; one Influential Woman and one Up-And-Coming Woman. Also, additional special awards were distributed for overall winners, empowering business of the year, the Torch Award, community leader of the year, and supporter of the year.

Winners were selected from a pool of over 200 nominees that were submitted by their peers, colleagues, family, and friends.

“How different would Northwest Indiana be without these influential women?” asked Erica Dombey, chair of NWIIWA and president of the Regional Development Company. “It certainly wouldn’t be a place where companies and individuals could achieve success. Influential Women alumni and nominees change the paradigm for business in NWI.”

See pics from the event here! Be sure to tag yourself!

Overall Influential Woman of the Year

Overall Up and Coming Woman of the Year

Supporter of the Year Award

Community Leader of the Year Award

Empowering Business of the Year

Don’t forget, you can submit nominations and sponsorships all year long for the 2019 awards banquet! Click here to nominate!